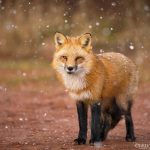 Natalie Abrams posted this in EW for her TV Show Spoilers article:


"Dany’s journey to Dragonstone won’t be easy given that Euron is out there looking for her, and you can expect at least one major character meet-up in the first hour."

What troubles will happen upon Dany on her way to Dragonstone? That certainly wasn't brought up in the leaks. Per the leaks Dany's first scene is arriving at Dragonstone if I remember correctly

Major character meet up, do we think that's Cersei and Euron? It could be but I don't know if I'd call Euron a major character as of yet though
Jorah Mormont: ...Until my last breath, I will remember. After I have forgotten my mother's face...
Top

Edd and Bran?
But Edd isn't a major character...
Arya and Melisandre? She did say they would see each other again.


About Daenerys, maybe they spot Euron's fleet and have a narrow escape before he sees them...?
Top

They've been on the show since season 1. I assume this meeting would be important.
Top
Post Reply
3 posts • Page 1 of 1