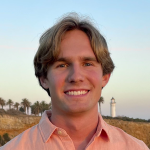 Breaking down the titles of episodes 701, 702, and 703 with full knowledge of filming spoilers and leaks:

This title is actually quite brilliant. At face value, it appears to simply refer to Daenerys' title of Stormborn, given to her because she was born on Dragonstone while a massive storm destroyed the Targaryen fleet laying at anchor. But in the episode, Euron, who calls himself "the storm," will smash Theon and Yara's fleet. A storm destroyed Targaryen ships when Daenerys was born on Dragonstone, and a storm will destroy Targaryen ships when she returns to it.


Any other thoughts on the titles? Or the episode descriptions: Who is Daenerys' unexpected visitor? What "gift" does Cersei receive and to whom does she "return" it to?
Top

The gift she receives is probably Euron, who will bring Ellaria, Bad Poosey, and Yara to KL. The gift she will give is to Ellaria and she will kill her daughter in front of her the same way Ellaria killed Myrcella.