I know that all the new story arcs and the nitty gritty of those details will capture the most attention from viewers. As well they should, too.

But I noticed the costumes in S07E01. Cersei's wardrobe and Jaime's perhaps more than anyone else's but they really were standouts in every scene. Every one of them.

If there is a major film with more exquisite costume work, I don't think I've seen it.

I have always thought that the costume work on Game of Thrones was amazing. I suppose it has been. But these were jaw droppingly good. As a man who doesn't notice such things much, or care all that much when I do -- these were so extraordinary that they deserve a mention and a standing ovation.

Okay - back to the story.
Top 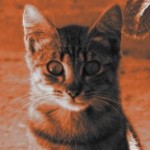 Absolutely agree - the costume work on this show has always been outstanding, but it was also one of the things that really stood out to me in last night's episode.

I quite liked how Euron's new (more sexed up and proposal-worthy, I suppose) costume clearly referenced Yara's old costume from back in season 2.
Top

There have been some goods posts in Watchers on the Wall about the costumes but there is a Canadian lady who does a YouTube channel Costumer Co who goes into detail about the GoT costumes and costumes from other shows if anybody ever fancied something in depth about the costumes. I'm not affiliated with the channel in anyway - I live an ocean away from Canada.
Top