Can someone please explain to me what exactly Sansa has done to earn any of her angst? All I've heard from Turner is how her character feels slighted and how she deserves to be Queen and how no one respects her and she wants Jon's trust. What has she done to deserve any of it? She's been an abused pawn almost the entire series. Yes, she brought the Knights of the Vale in at the last moments, but she didn't tell Jon about that while he was planning a suicide mission. You think he would have devised a different strategy had he known? When Jon asked her directly what he should do, her sage advice was "Don't do what Ramsey wants." Oh, ok, didn't think of that sis. That's literally the entirety of her contribution to the Northern cause...a lie by omission and generic non-advice. Well, let me bow down your Grace! Lol.

If Season 7 spends even two seconds on her undermining Jon for her own petty political games I'll be so so pissed! There's exactly one leader who has his priorities straight and sees the larger picture. One. His name is Jon.
Top

They reconceived the role to make it worthy of the actress's talents.
Co-Head Administrator, Game of Thrones Wiki

Because Rhaenyra has an army.
Top

Personally, I think that the writing was a bit sloppy in this arc, but overall I think I can understand what they were trying to do. Note that I have similar issues with the writing on WestWorld (which I also love) so this isn't to say that it's a total failure of an arc. Just has some holes.

I believe we are meant to see Sansa at this point as a conflicted character with trust issues. In Episode four she was very strong - she and Jon start to rebuild their relationship together. They agree, ultimately, that they must take WF and save Rickon. And I think that she had good ideas to follow up on this with:

1) Telling LF off (f*** him), but not killing him outright. I think this was the correct balance to strike at this moment. She communicates to LF that he can't do this sort of thing again.
2) Asking for help from the Northern Lords instead of going it alone.
3) Sending Brienne to get aid from the Blackfish.

Ultimately these plans failed but not because they were bad plans, IMO, but because of specific reasons in each case. The Lannisters had already gotten to Riverrun before Brienne could and The BF was a stubborn fool who'd rather die than help his niece. Meanwhile the Northern Lords were for the most part, weak and afraid. However, without Sansa's pushing for the tour of the North, Jon might not be King right now - Lady Mormont was an essential ally, the small size of her army notwithstanding.

Honestly the only issue I have is why she doesn't tell Jon about the possibility of the Vale troops. We are meant to see that this is a conflict her character is having. They even give it voice in the conversation with Brienne, where Brienne wonders why Sansa doesn't tell Jon about LF if she really trusts him. I think Sansa really doesn't want to have to use her LF trump card except at the utmost need. And she worries that Jon will force the issue, since obviously they don't die. Sansa would rather keep that one bit of power that remains for herself. Yes, it was selfish to do so. She shoudl trust Jon more. But she has gotten into trouble every time she has trusted anyone in the last 5 years so I believe it is fully understandable.
Top

I honestly think that will.

Sansa and pretty much the rest of Westeros doesn't think what Jon is talking about is a real threat. The only people that have acknowledged that Others are a threat, still living, are the Freefolk, Davos, and Lyanna Mormont gave some credence. Outside of that most people feel Jon is not lying but you don't really understand it because they feel it is a fairytale.

Sansa is more concerned with political stuff (i.e. Cercei) because that is what she as dealt with and not really been around the magical aspects of Westeros. She also doesn't have a connection with Jon like all the other Stark kids. Jon was just her father's mistake. She is willing to entertain from Litterfinger that Jon just wants her birthright and will say anything to do that.

This issue would not occur with Arya or Bran as they had a real connection with Jon growing up and to them he always felt like family. They wouldn't think Jon is making this up because they really know him and they have seen the magical side of Westeros. I think that is why they have Jon and Sansa meet without them to have this conflict.

When Arya comes back she will be representing as Jon's proxy and the conflict will continue during the season until it is resolved. One way or the other.
Top

The series depends upon conflict in order to thrive. That is Sansa's current purpose. To provide internal conflict among the Starks.

While D&D have substantially rewritten the Sansa arc as set out in the novels, my guess is that despite the radically different path that Sansa's tale has taken in the TV series from that in the books, the tale will end up in the same place -even if the path taken to get there was radically different.

So, is Sansa going to survive the book series? Because if she dies there - she'll die on TV as well. If she survives in the books, she is very likely to survive on the TV series as well. The paths and reasons will differ - but the outcome will be the same.

In the books, Sansa has lost her wolf. She is no longer of the North. When winter comes, the lone wolf dies but the pack survives.

Sansa is no longer a part of the Stark pack. In the books - she is going to die. Which suggests in the TV series, she will die as well.

So we already know the likely outcome -- we just need to find out why.

Sansa Bolton, nee Lannister, nee Stark is not going to make it through the Long Winter.
Top

This whole Jon vs Sansa conflict is a just a misdirection for the viewers. To add a drama to Winterfell plot ... will she bertray Jon or will she stick to her family? We all know the answer because Sansa has to reconnect back to the North, the pack will survive.

She has to bring down Littlefinger and hopefully with rest of her family.

Both Jon and Sansa were made to act stupidly and this is one of he flaws of the show. It was illogical writing for them because while these had to overcome difficulties the other can't understand, still it looked weird. Sansa did managed to kept away the Knight of the Vale presence, Jon rushed to charge at the Boltons army. Sophie is trolling, having fun with it but also Sansa's thoughts about wanting to be a Queen. You can tell from her looks that was not pleased that they choose not only Jon over her but no gratitude towards her.
Just a guy full of sarcasm, flaws and himself.

There's a lot of Sansa hate. I don't share it. She was a typical teenage girl who dreamed of romantic heroes. She was raised to be a dutiful wife and mother and would have excelled in the role. She wasn't mean or spiteful. Shallow and self-absorbed maybe, but many teenagers are.

I pay no attention to what Sophie says. Every year she throws misdirection and every year some people take it seriously. The only reliable source is the character - what she says and does in the story.

IMO, all Sansa wants is to be safe but the only person she truly trusts with that is herself. Too many people have let her down, including her father. Jon would have too as his failure to adhere to the battle plan would have had his entire army killed. It's just as well Sansa was one step ahead.

However, accepting Littlefinger's help has come at a price - hence her reluctance to accept it initially. Sansa will need to harness everything she's learned from Littlefinger to outplay him.
Top 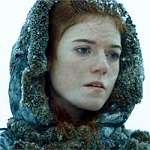 Sansa has been abused so much, it comes to a point where she doesn't trust anyone, not even Jon. It's not because she hates him, or still thinks of him as less worthy. It's simply because of the mental damage inflicted on her.
She also feels like everyone is still treating her like a stupid child, and regardless if she's still like that or not, that's a very frustrating situation to be in. Not telling Jon about the Knights of the Vale doesn't have to make sense, Sansa is a mentally broken girl, people like that don't always make reasonable decisions. Also it could've been because she feared Jon wouldn't want the Knights of the Vale's help if he knew that Littlefinger controls them.
Seasons 5&6 were Sansa's worst seasons, writing-wise. In the end of season 4 it seemed like they planned something big for her, but then threw everything to the trash. I seriously hope they fix things in season 7.


This makes excellent sense!. There's be no angst if the remaining Stark kids were there to rally around Jon and bring Sansa along.
...He's my king, from this day until his last day.
Top
Post Reply
9 posts • Page 1 of 1